Birds of the Western Palaearctic (Interactive) 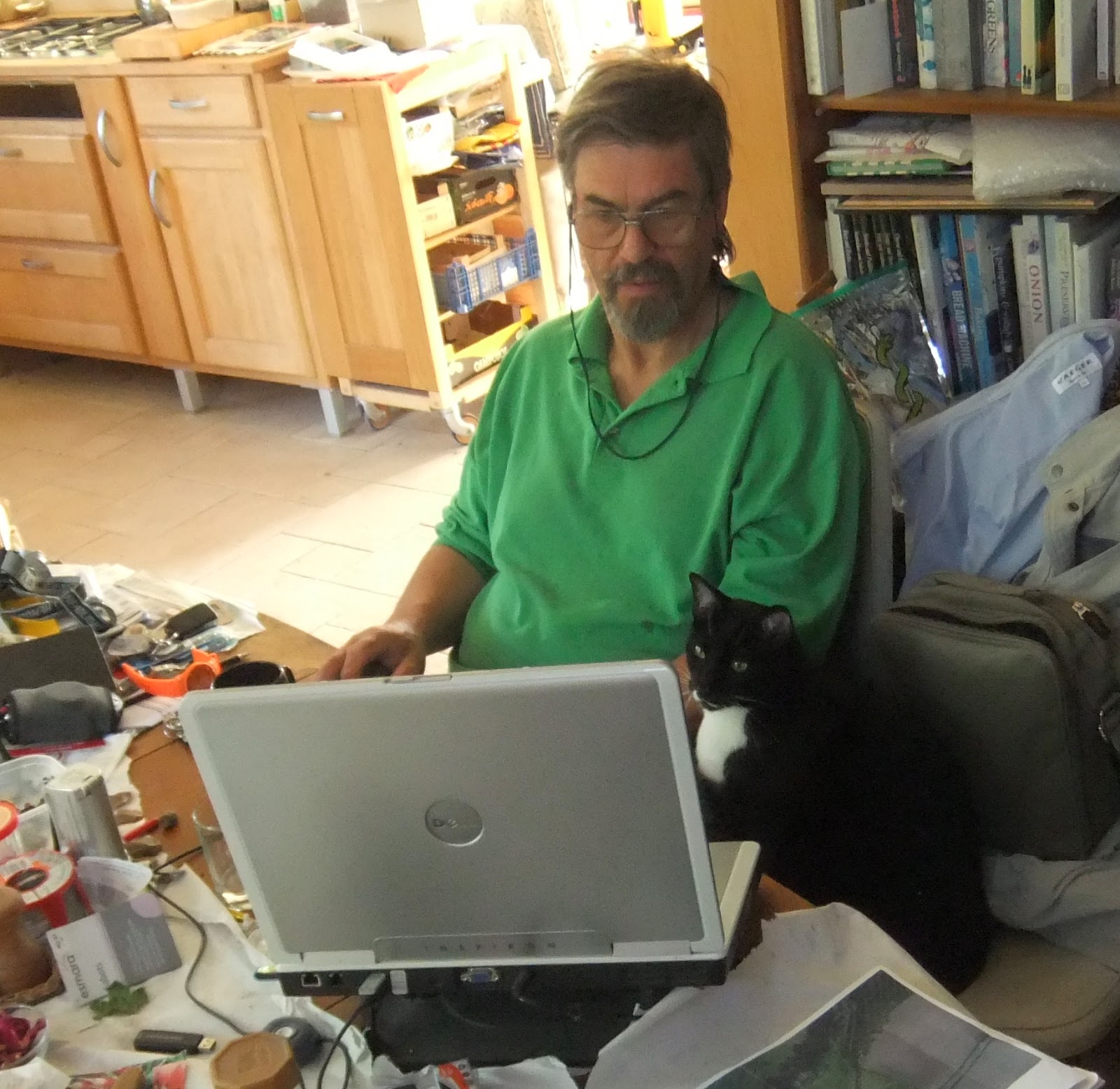 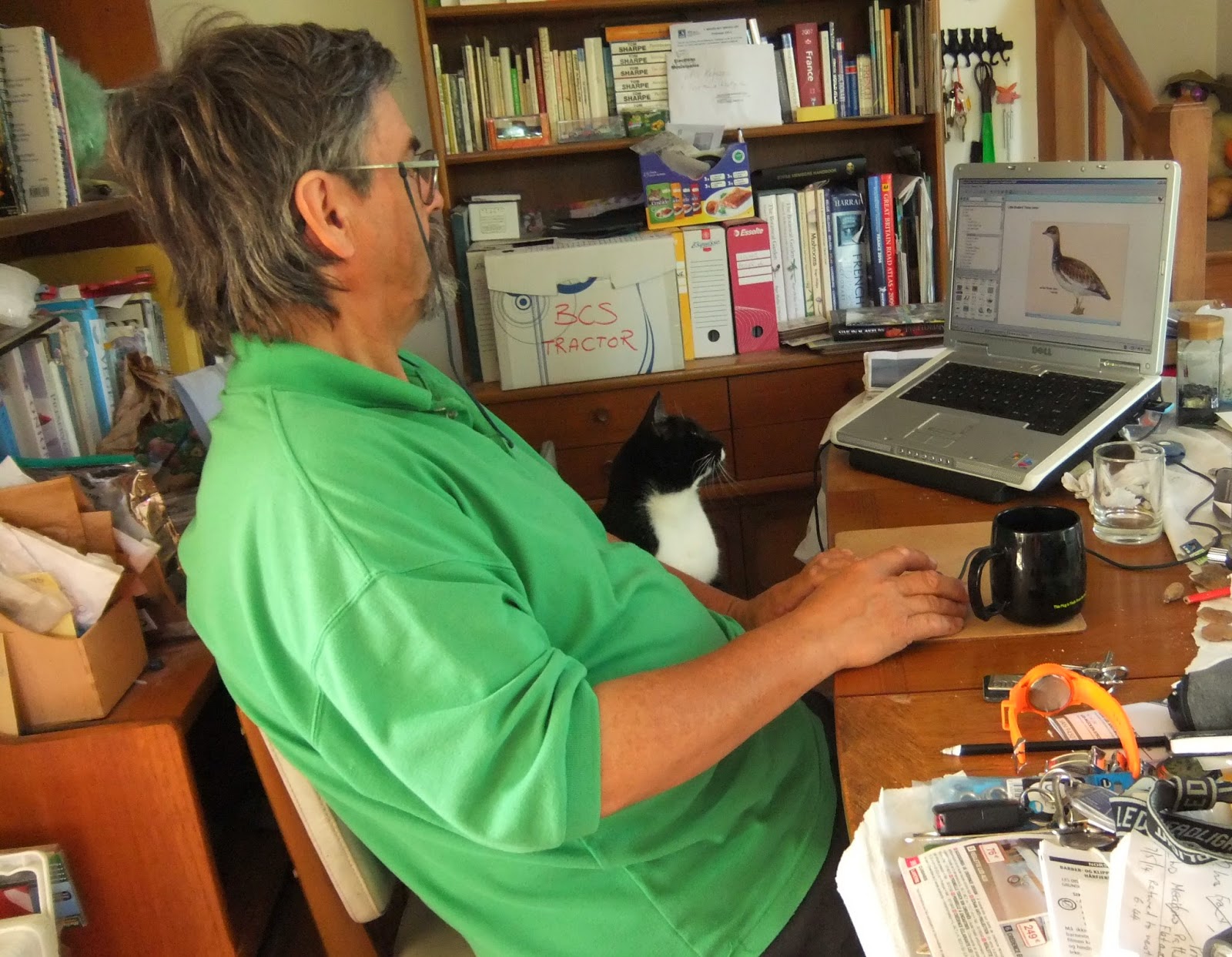 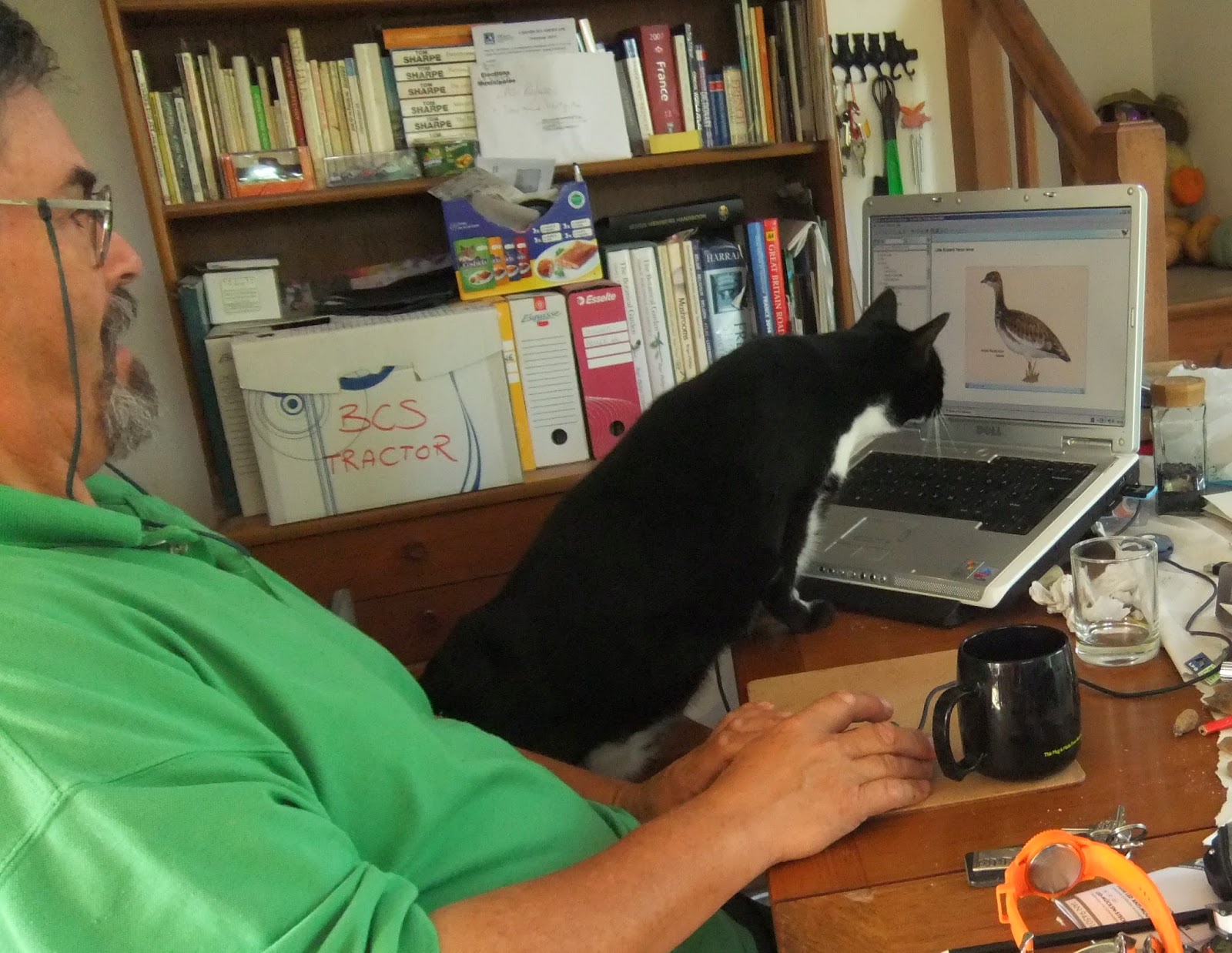 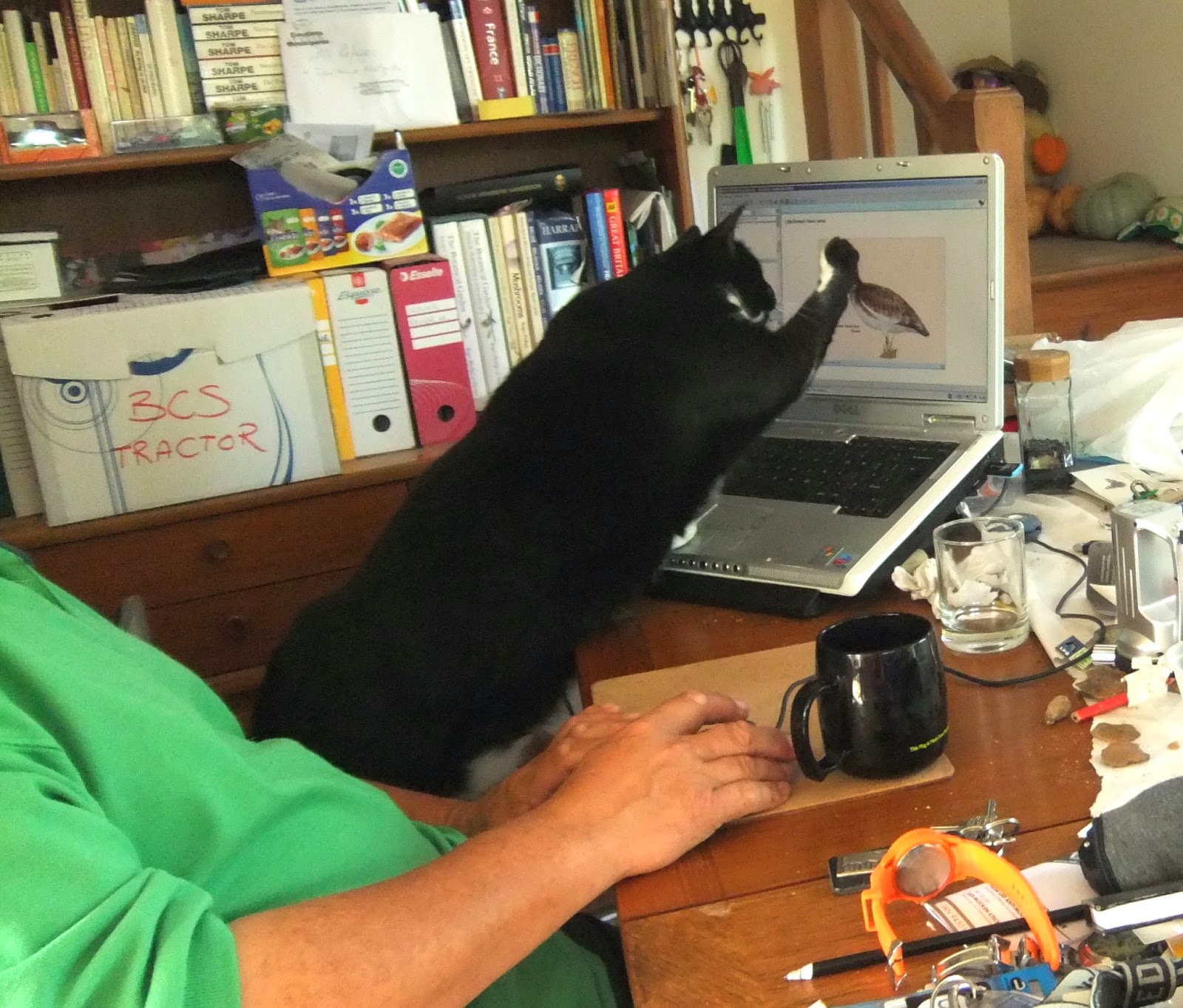 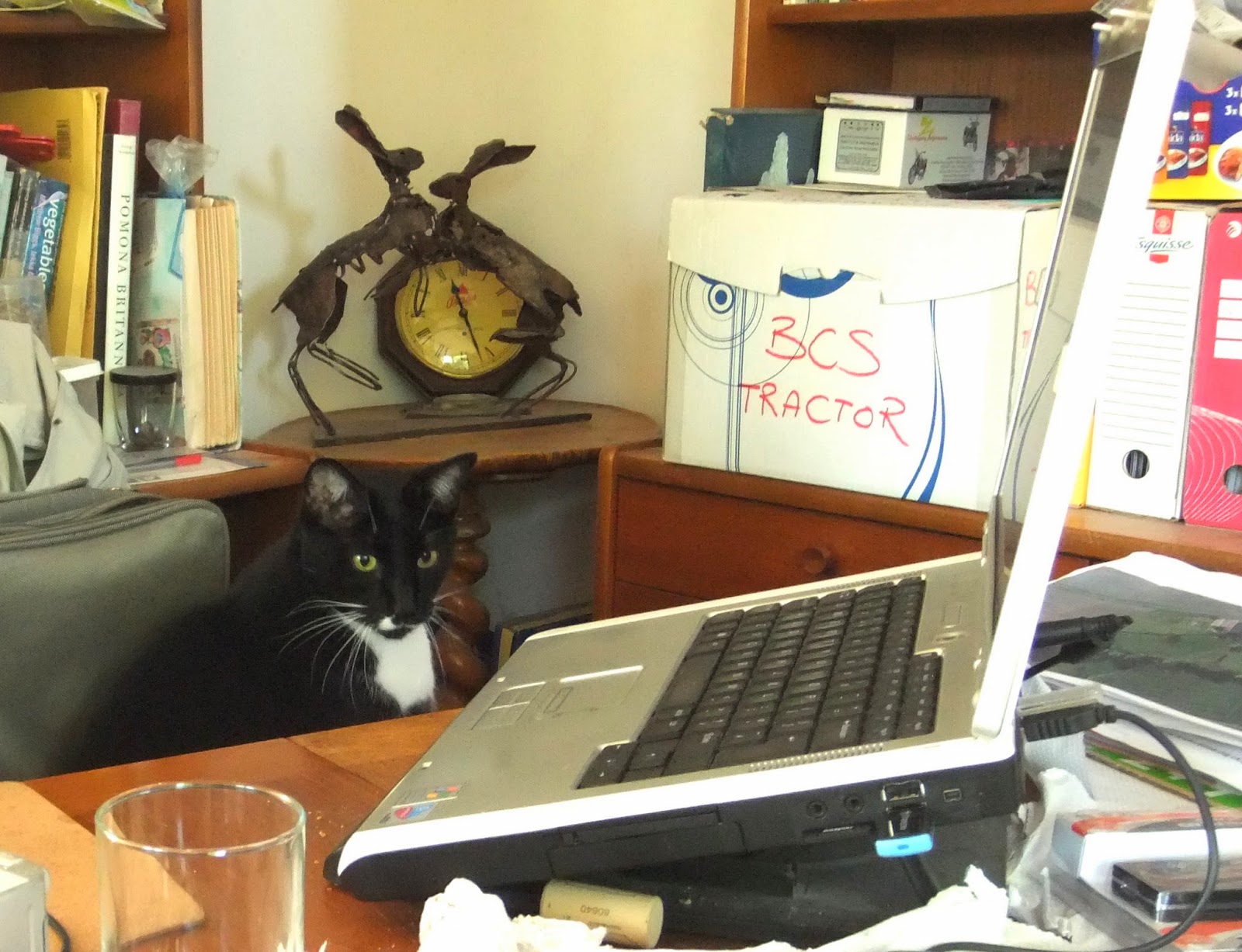 She doesn't hunt, but RonRon's prepared to read up about it.
Posted by Pollygarter at 11:31 5 comments:

Email ThisBlogThis!Share to TwitterShare to FacebookShare to Pinterest
Labels: cats

The thunderstorm at 5am on Monday morning brought hail, tremendous blasts of wind and horizontal rain. We were really fortunate in that the hailstones that hit us can only have been Malteser sized and few in number. It sounded like someone throwing buckets of shingle against the front door, amid the hissing of the wind in the trees. A burst of hail seemed to coincide with a flash of lightning.

Forewarned by the Meteo. cars and cats were under cover, indeed Baron the big tough black cat was under the bed. Friends in Charnizay 10km to the east along the Aigronne valley had hailstones (grêlons) up to 6cm across. In La Nouvelle République, our former neighbour Patrick Martin reported on the destruction caused by egg-sized hailstones in the pretty commune of Chambon in the Creuse valley, only 9km to our southwest, where about a hundred roofs - 60% of habitations - sustained damage and the church windows were broken. Goodness knows what damage it did to the flowers, or the lovely potager between the village and the D750 Descartes - Le Blanc road.

Here, the hailstones were of a size and speed to cut holes in the tender leaves of young tomatillo and pepper plants.

This is the first time we've tried growing tomatillos here. In Leeds they seeded themselves everywhere. The fruit of the tomatillo comes wrapped in a little paper handkerchief, not unlike its close relative the physalis. The variety is "Purple de Milpa" and the fruit goes from purple to gold-green when ripe. I'm not over keen on the taste, but they're rather fun.

These peppers are a Sweet Ajo chilli, a variety new to us. Ajos are normally incredibly hot, but this one is reputed to develop only a slight degree of heat at the end of the season. They also overwinter successfully (indoors) and produce stacks of fruit in the second and even third year. It looks like one hailstone sliced its way through two leaves, on the left of this plant. A hailstone also slashed through both layers of our plastic greenhouse - not difficult, a hard stare could reduce the cover to a pile of dust...